The former department of Soil Science was among the oldest units of the Faculty of Agriculture teaching all soil science and related courses in the faculty. In 1976, the department launched a Master’s degree programme in Soil Science and thereafter a Doctoral programme. Several of the Masters graduates proceeded Doctor of Philosophy degrees One of the pioneer masters student, Caleb Othieno is now Professor of Soil Science at Moi University. Several academic members of staff have served as Chairs Persons since 1970 to 2005 when the department of LARMAT was formed. These included: Prof. Fewster (1970-), the late Peter Ahn (1972-1977), Professor Shellemiah O. Keya (1976-1984), Prof Joseph Keter (1984-), Prof Joseph Mbuvi (1992-1995), Professor Nancy Karanja(19996-2002) and Prof. CKK Gachene (2002-2008). Prof. C.K.K Gachene served as Chairperson of the former soil science department, which is now LARMAT he was proceeded by Prof. Kinuthia Ngugi from 2007 to 2013. Prof. Geoffrey Kironchi took over as chair from 2013 to June 2021. The Immediate chairman now is Prof. Richard Onwonga 2021-to date.

The department of LARMAT has attracted donor funding for various projects over the years. Notable ones are; (i) the Microbiological Resources Center for East and Southern Africa supported by UNESCO/FAO/UNEP was launched in 1976. The Center hosted regional training, research and international collaboration in soil bio-prospecting, conservation/preservation  and utilization of soil microbal resource in Africa and beyond. In 1980 the BIOFIX legume inoculant was developed and piloted in Kenya and East Africa. In 1991 improvement of Rhizobia technology for soil fertility improvement in East Africa won first Ceiber Geigy African Academy of Science Gold Medal Prize. This product is now under commercial production and marketing through UoN/MEA Limited public/private partnership, the first one of its kind in the university. In 1984, the department launched the African Association for Biological Nitrogen Fixation (AABNF) that has continued to meet in various African Capitals and attracted substantial funding for research such N2-Africa project funded by the Bill and Melinda Gates Foundation. The University of Nairobi, MIRCEN and partners hosted the AABNF Conference in 2000 and 2012 in Nairobi. 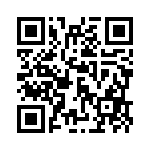 © University of Nairobi 2023.  All rights Reserved.